Last year a very good friend of mine and me decided quite spontaneously: let’s make a roadtrip to Venice. Visit some friends on the way, sleep outside in the car and just have two great weeks on the road.

So we wrote some friends, checked some places to stay and at the day before we started there was only one thing already clear: we’re going to Venice (somehow) and will stay there for two nights and then get back (somehow) to Germany.

In the end our trip turned out quite funny, with some interesting places we stayed for the night. But let’s start at the beginning…

Deutsche Autobahn, no traffic jam, easy peasy. We parked our car a bit outside for free, stayed at a friend’s place right in the city center and took some rentable city bikes to get around. 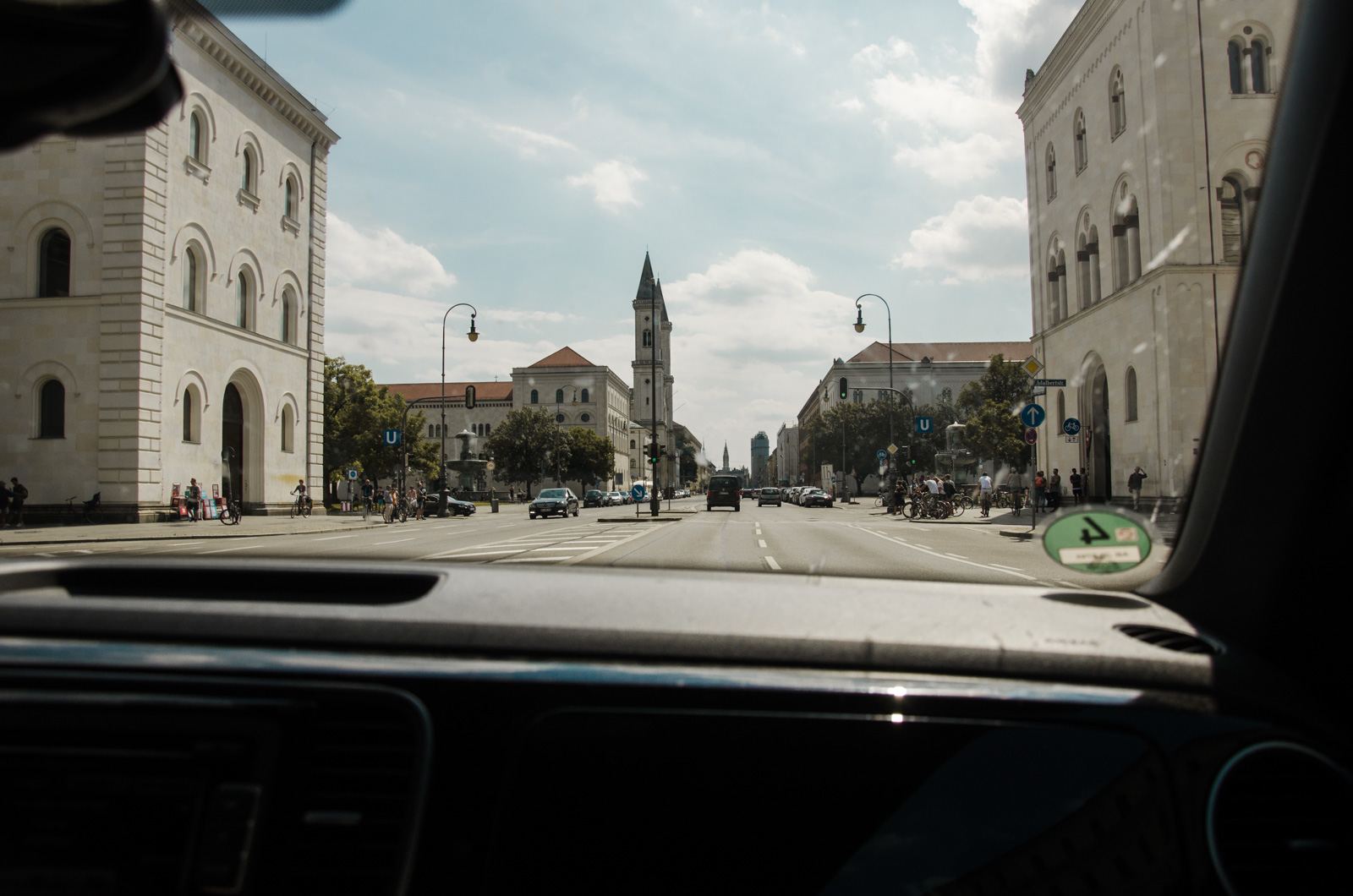 Nice: you just register via the app and your bank details and then you’re free to take a bike. Even more nice: the first 15 minutes of each ride are free if you leave your bike at a station in the end. Even even more nice: you can leave your bike anywhere inside of the inner city and that’s it. So we drove to the Olympiapark, left our bikes there and took some pictures. Nothing special. 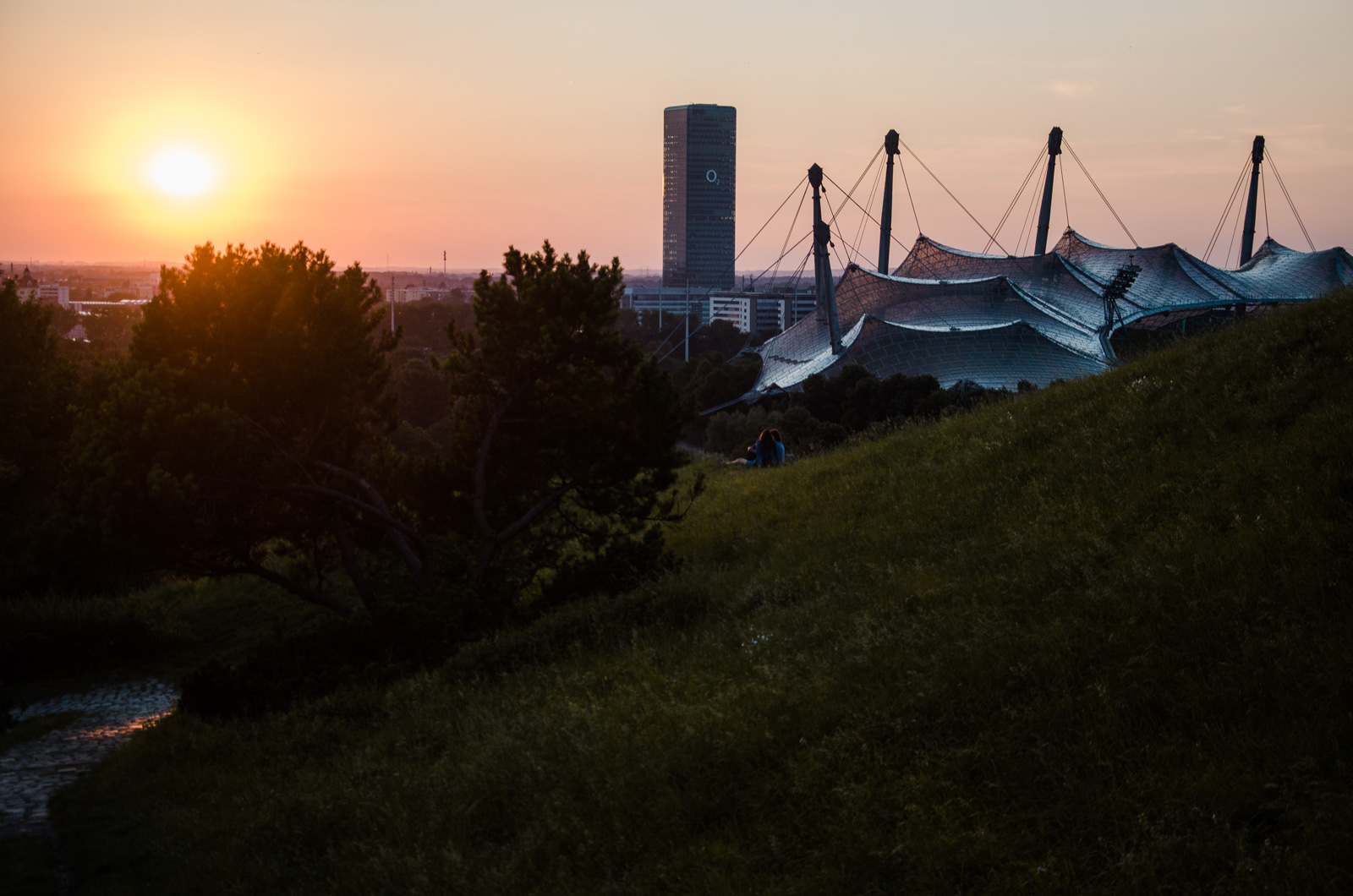 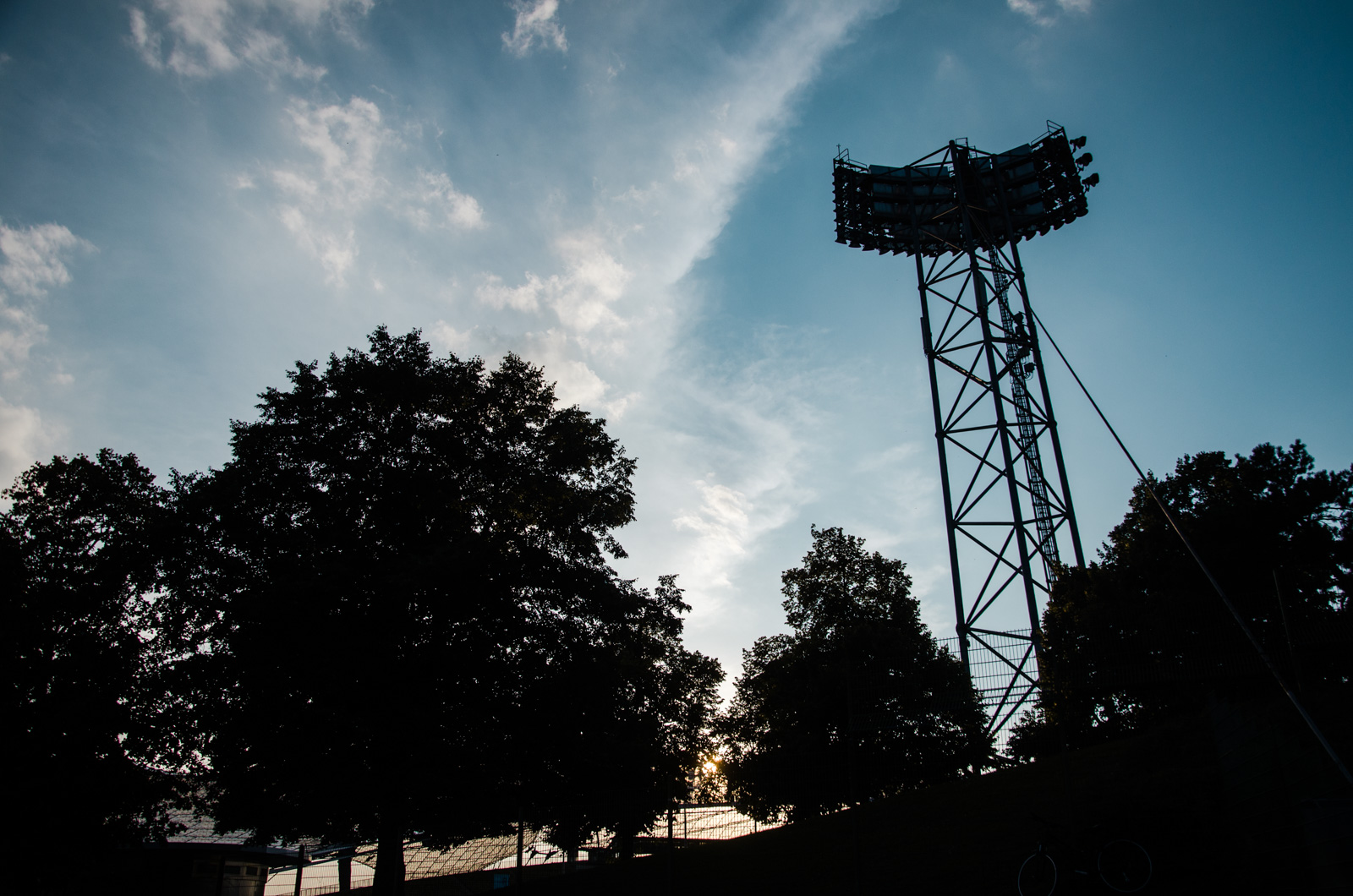 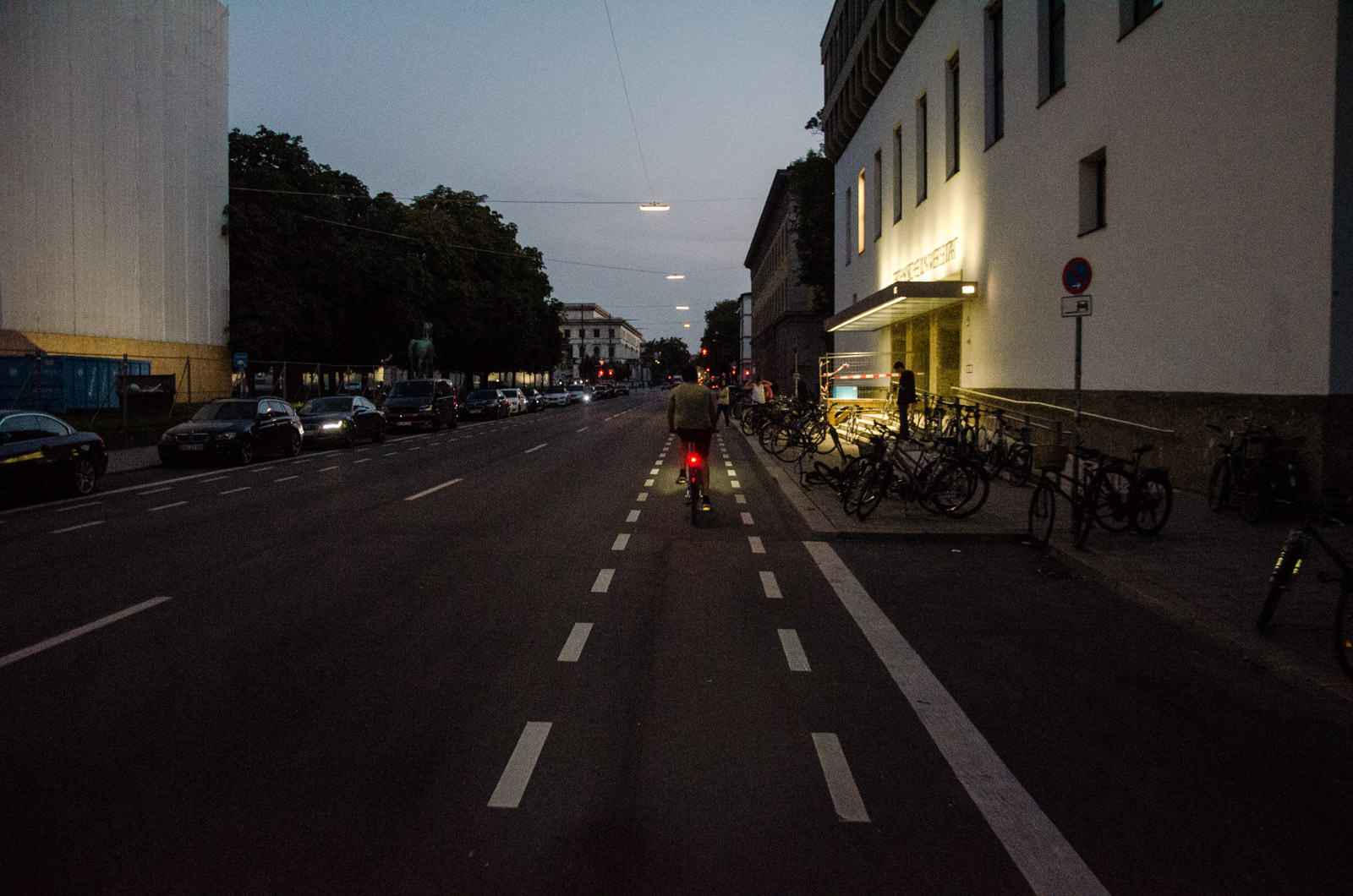 Sidenote: if you drive from station to station and make it within 15 minutes this ride was free. Repeat that.

Next day: Austria. A friend of mine I got to know during my term abroad was living close to Salzburg and he invited us to stay a night at his place. We visited Salzburg, Bad Reichenhall, took a swim in clean mountain lakes, had some really great beer and talked a lot about this and that. It’s so fantastic to meet people again you got to know while being abroad! 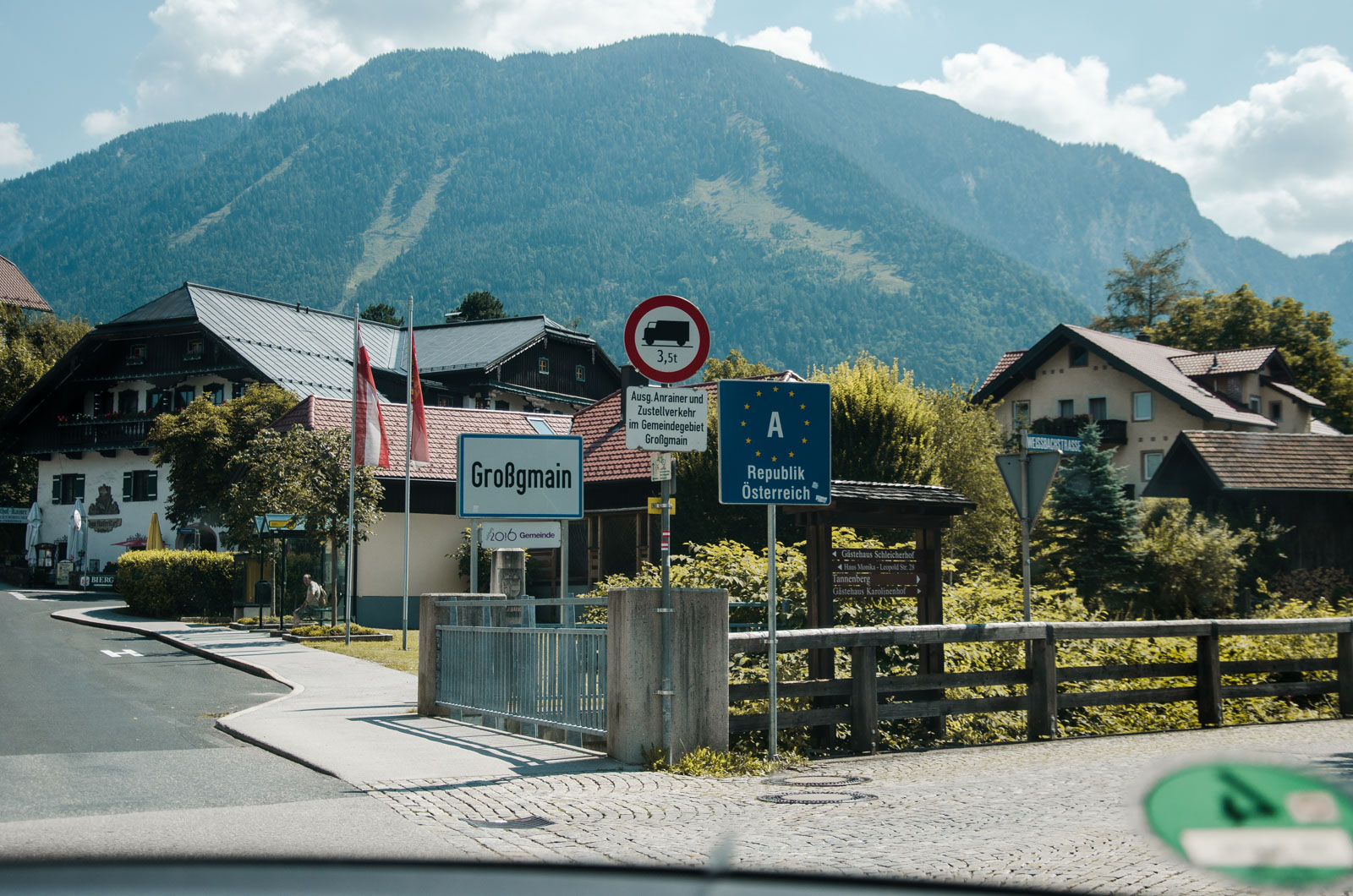 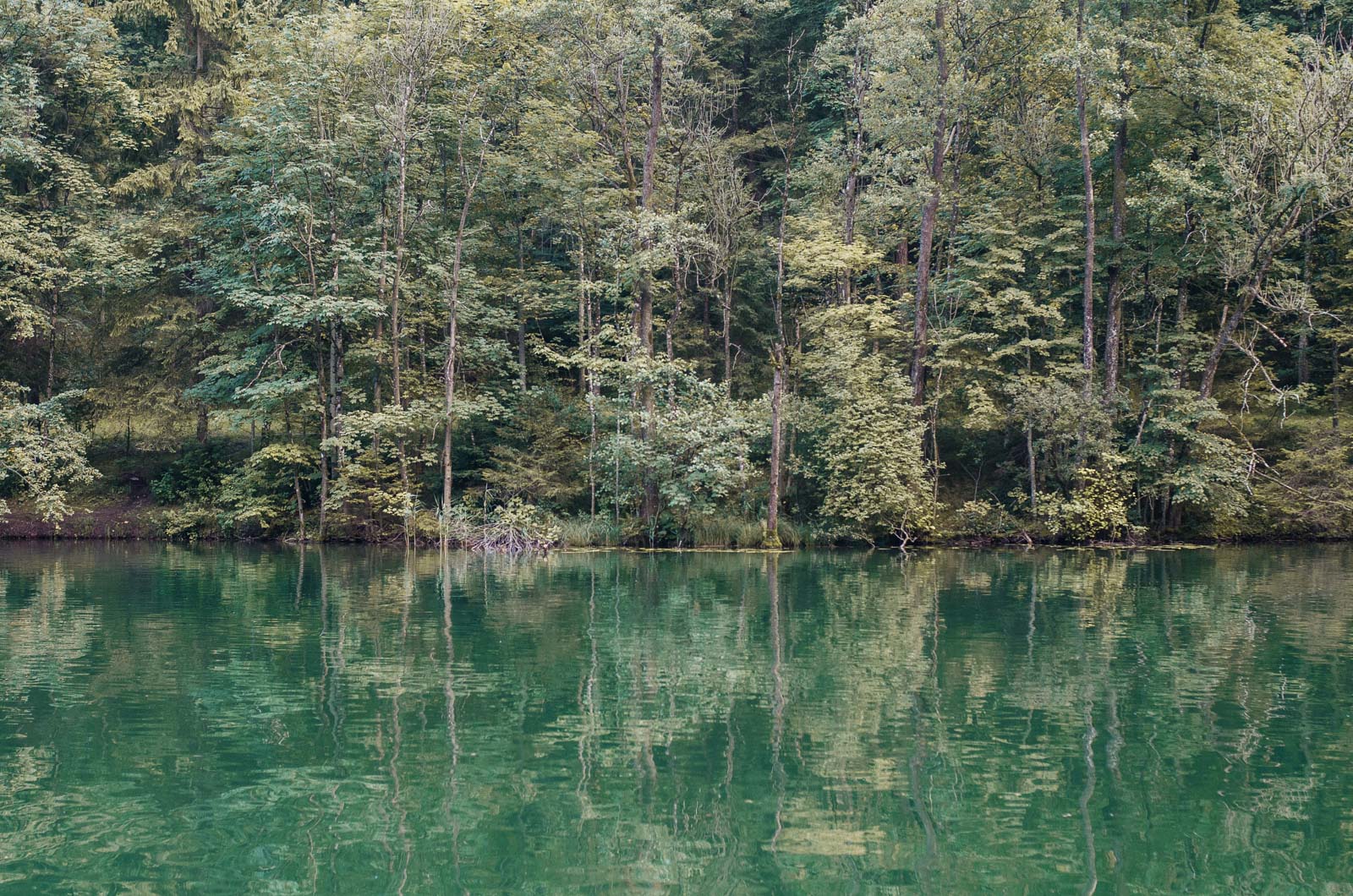 This day we first drove to Innsbruck to then cross half the alps and sleep somewhere there for the night. So first: Innsbruck. Nice city, really nice actually. The mix of old and new architecture is interesting and the feeling of being right in the middle of the Alps (somehow) is kind of special.

I already mentioned that we wanted to sleep in the Alps to have one full day for the last kilometers to Venice. We didn’t have a plan where this sleeping place should be, just somewhere a bit of the main roads where we wouldn’t be disturbed by people. Well, we were lucky. 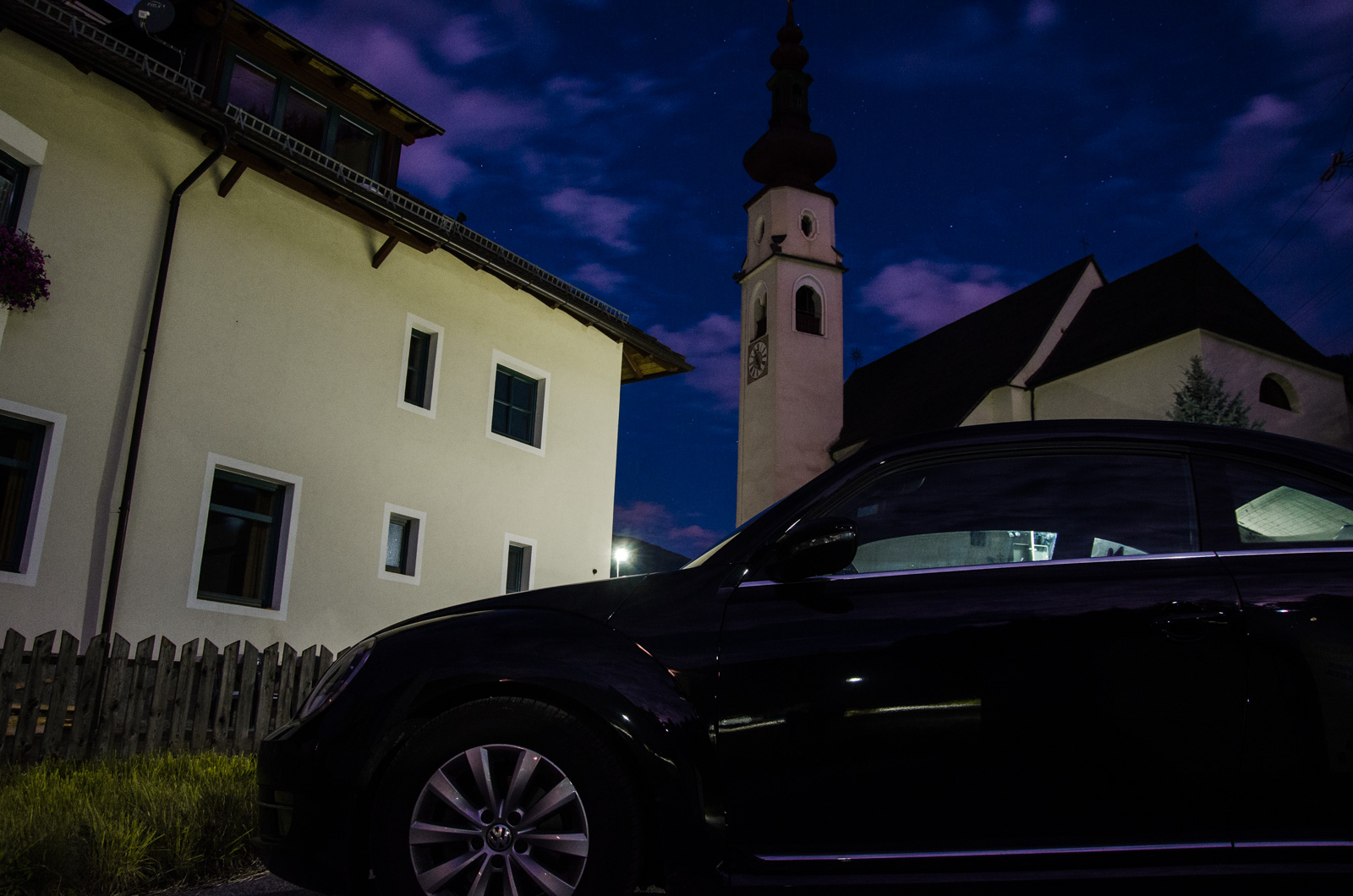 On the next morning we got up really early so that none of the people living there would be annoyed by us and looked for a nice place to have breakfast.

One thing that is really interesting when being on the road for such a long time is the always changing landscapes. Even though we didn’t travel a too huge north-south distance there’s already a huge change when you’re crossing the Brenner Pass and enter Italy. Everything feels more vivid but streets are getting noticably worse 😀 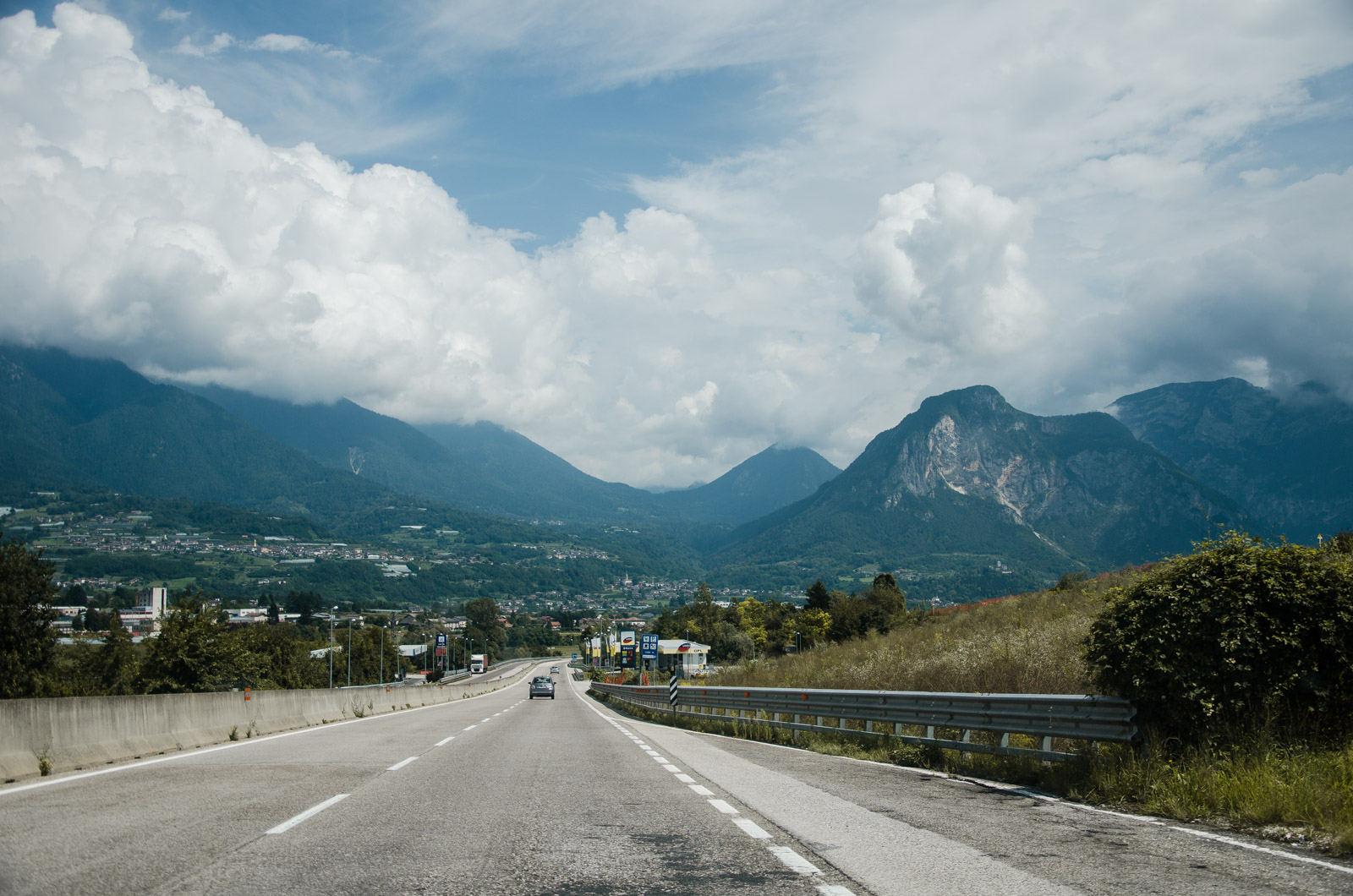 And then: Venice. We parked our car at the hotel (yeah, there we booked a hotel so we had one place to leave our stuff without the fear of our car being broken into) and took a bus. By the way: if you need a cheap hotel with horrible breakfast but okayish rooms, leave a comment and I’ll look it up. But back to Venice – it’s so much as you expect it, so much cliché and so many tourists. And then at the same time it’s really not as you’d expect it. 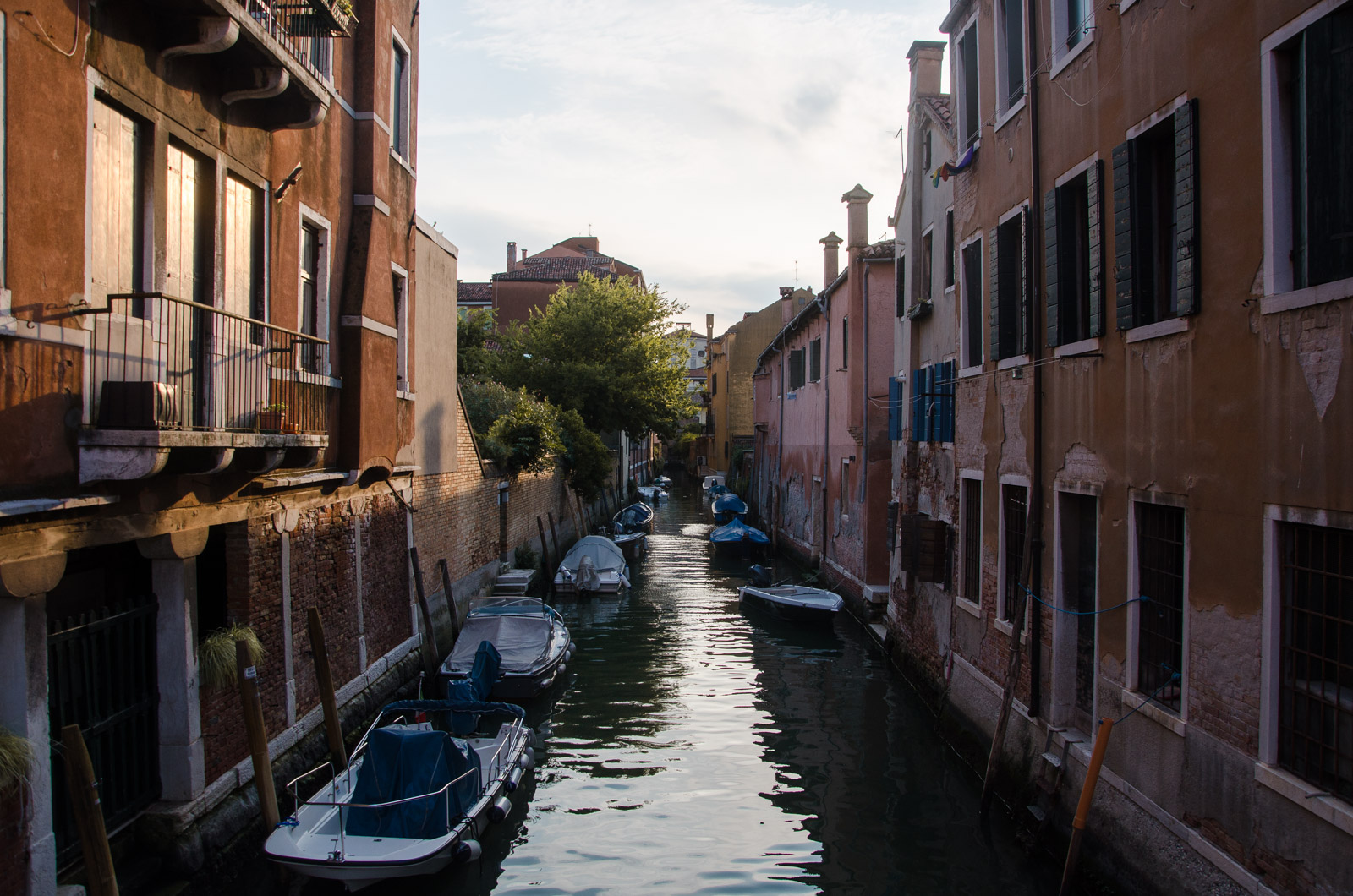 Sure. The city (or town?) is crowded with tourists. And I expected that but I actually expected to see tourists only. If you walk away from the big places though and dive a bit into the smaller alleys you will see a lot of Italians living there and just having a normal evening, sitting outside, drinking wine and eating. And then again there’s people like us walking through those restaurant-seamed lanes, watching them and taking photos. Strange. 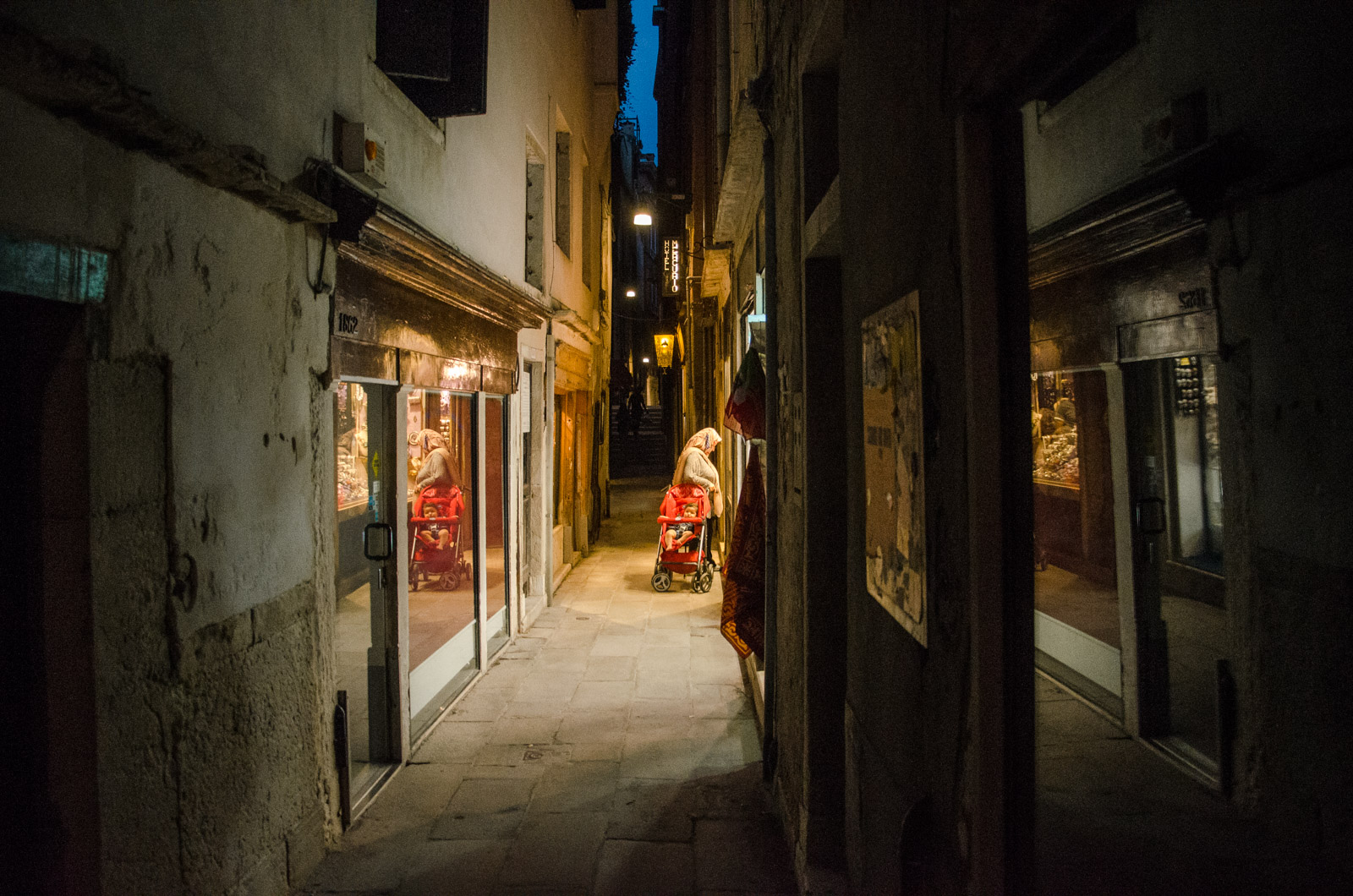 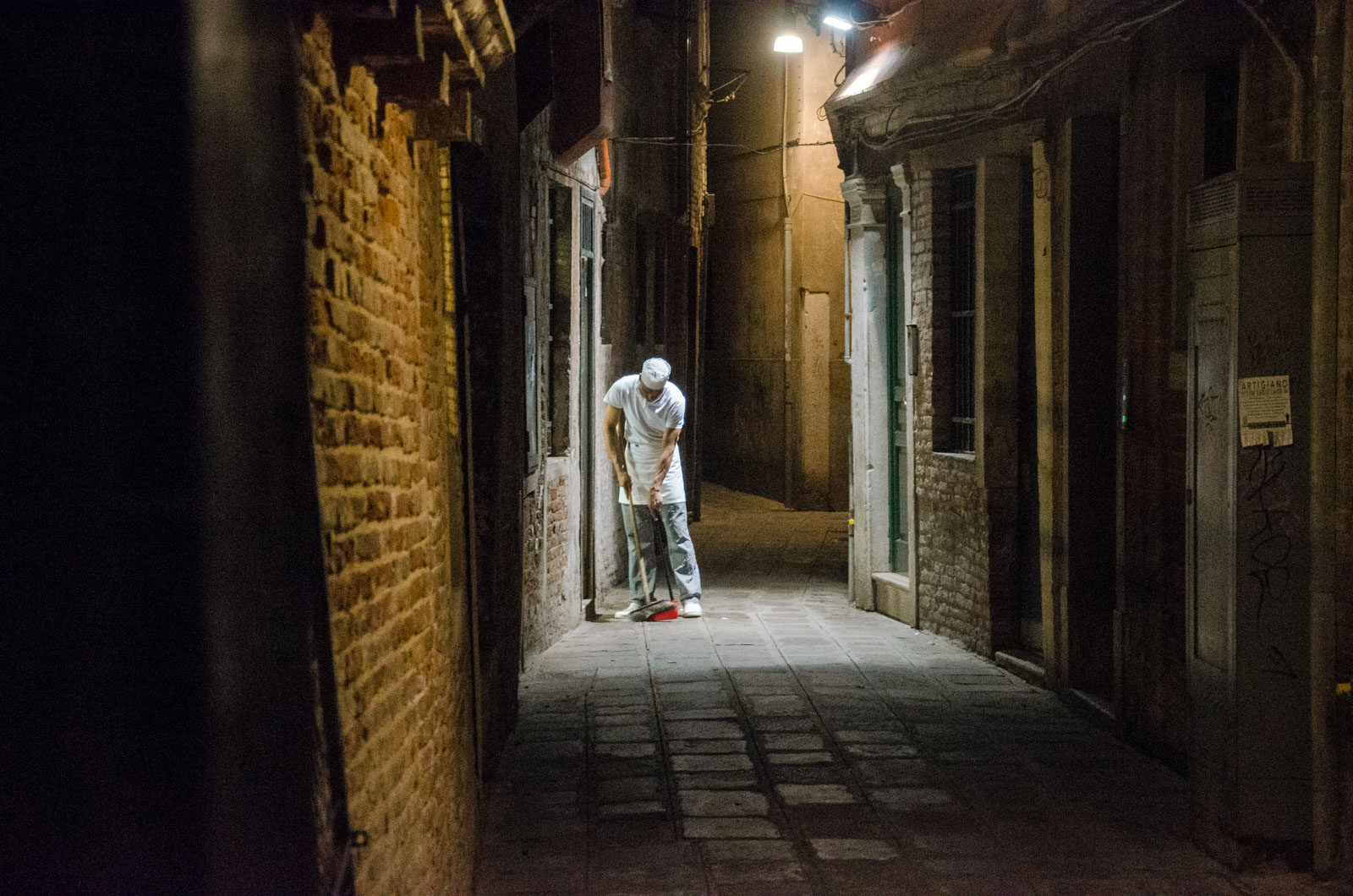 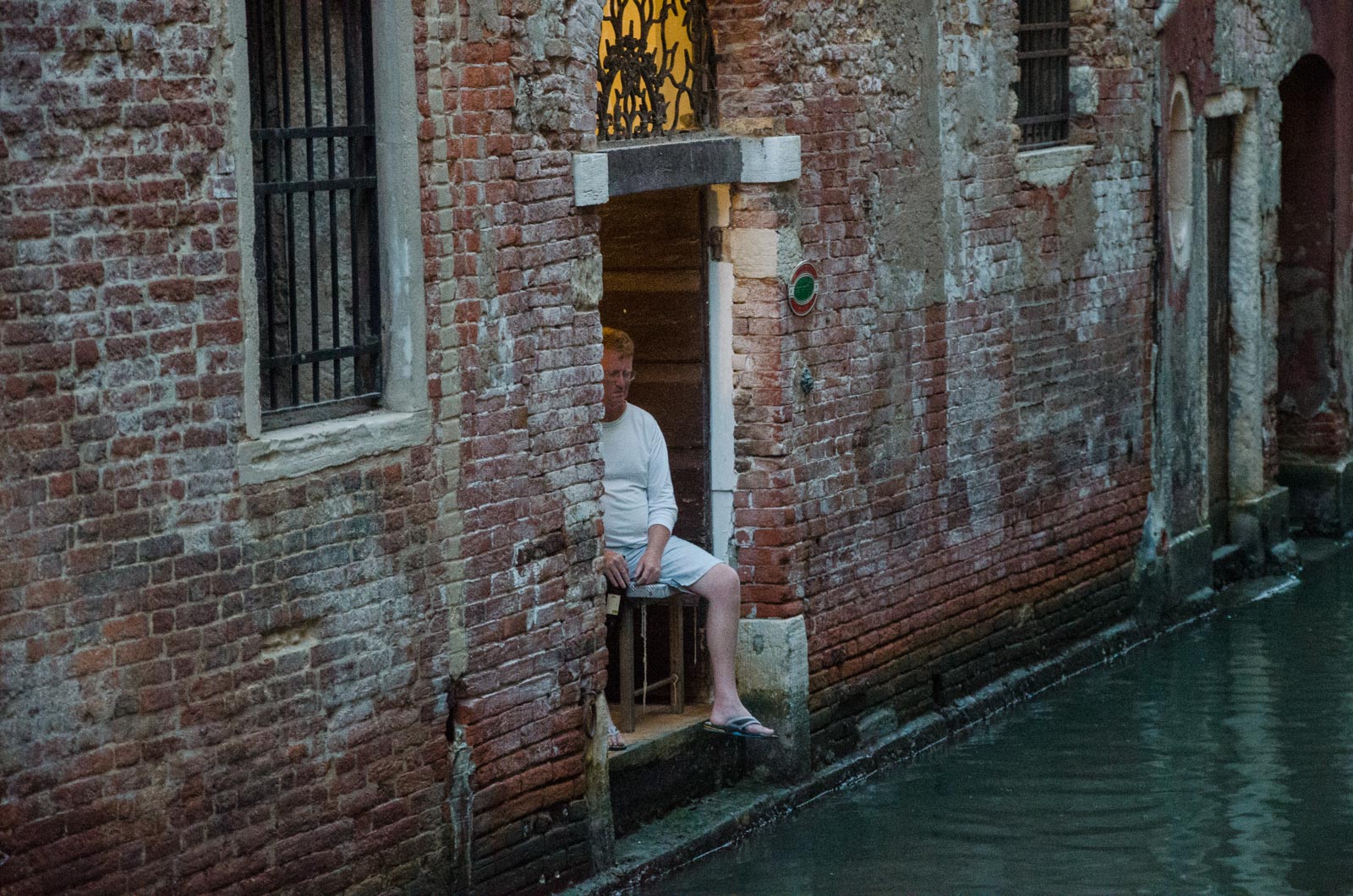 Our 2nd day in Venice was really exhausting. And by exhausting I talk about walking 18,4km with a backpack full of food, camera equipment and water (only amateurs decide not to buy food in Venice and then find out that it’s actually really cheap there if you know where to go…ahem…). We made a tour through nearly every part of the town, tourist areas (including the most crowded McDonalds I’ve ever seen) and more quiet places. I’ll just leave you with the pictures, they speak for themselves.

If you’re a bit open to walk around you can really get to know Venice quite well. Just don’t act like the normal tourist would and you’re good to go. For me personally those two days were enough of crowded places. I’m more into being out in the wild so this doesn’t have to happen too often. 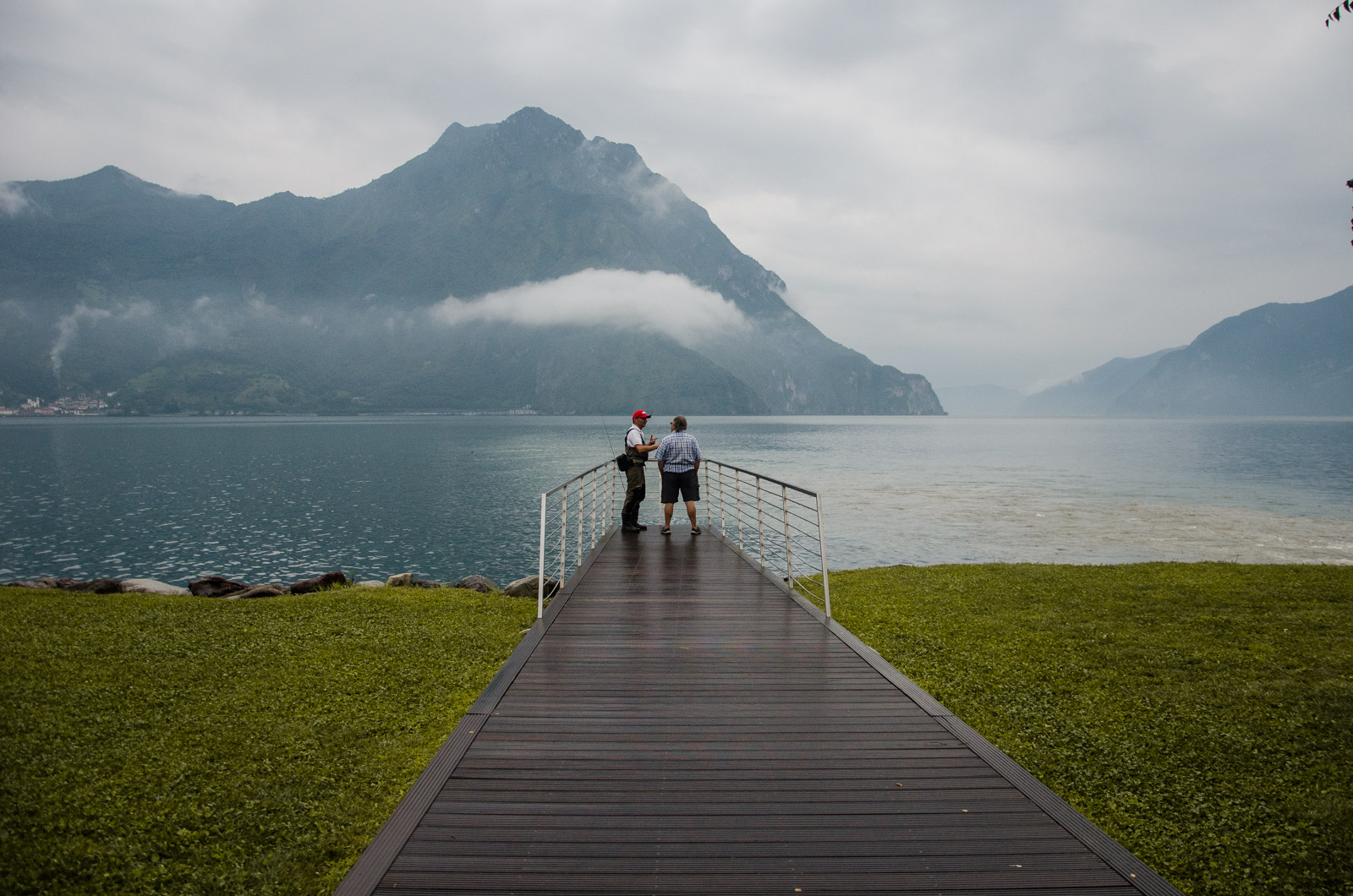 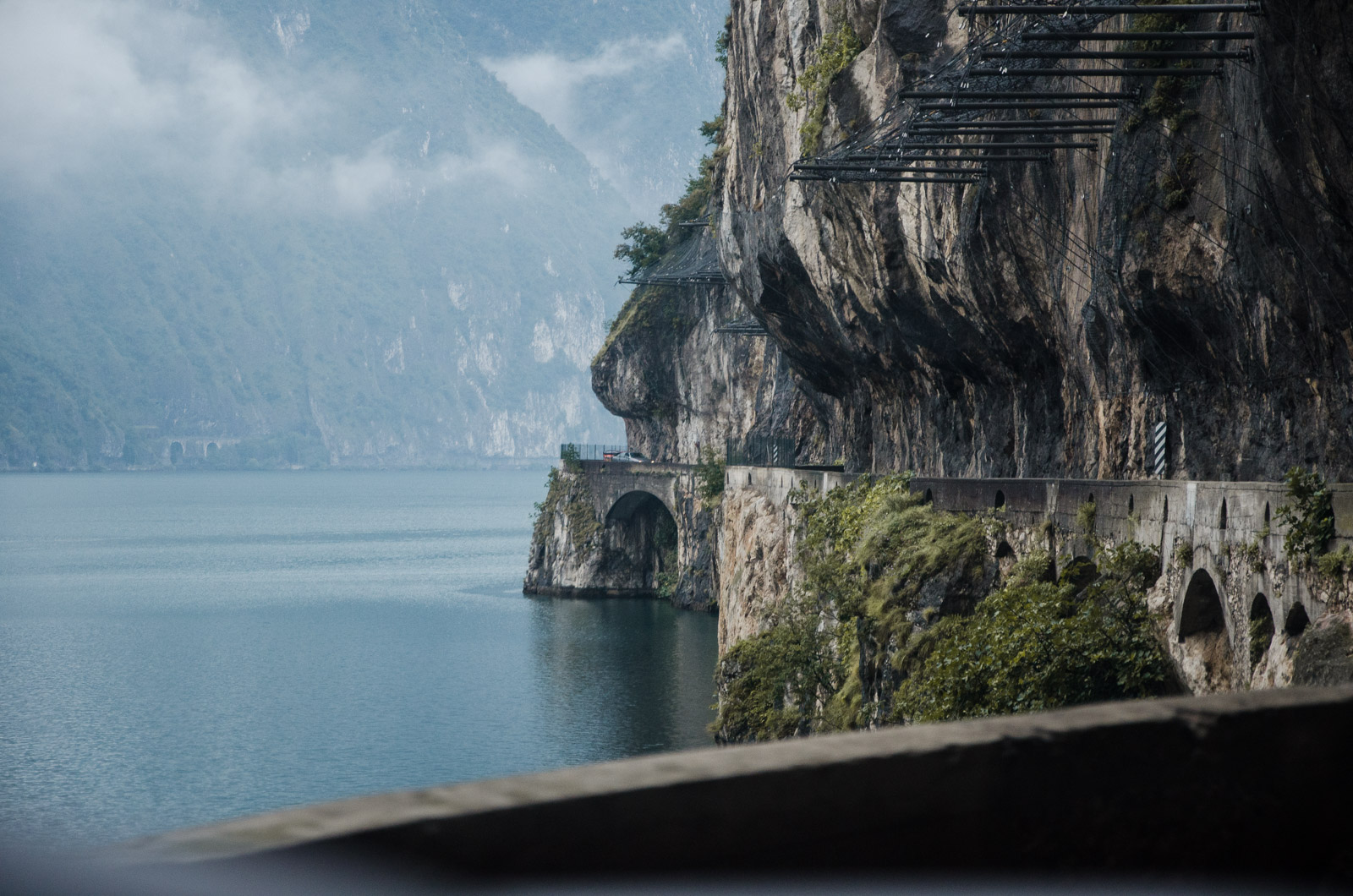 If you’re not Italian you most possibly haven’t heared of Lago di Èndine yet. Us neither. But we were told that Lago d’Iseo has to be fantastic, especially when you’re underway by car because of some small tricky roads around the lake. So we first headed there but couldn’t find a place to stay for the night. When checking Google Maps we discovered a small lake just on the other side of a “hill”. Over there we found a small village with what has to be the narrowest road I’ve ever met. There’s a stop light at the beginning and at the end of the village so there’s only cars driving with the same direction. 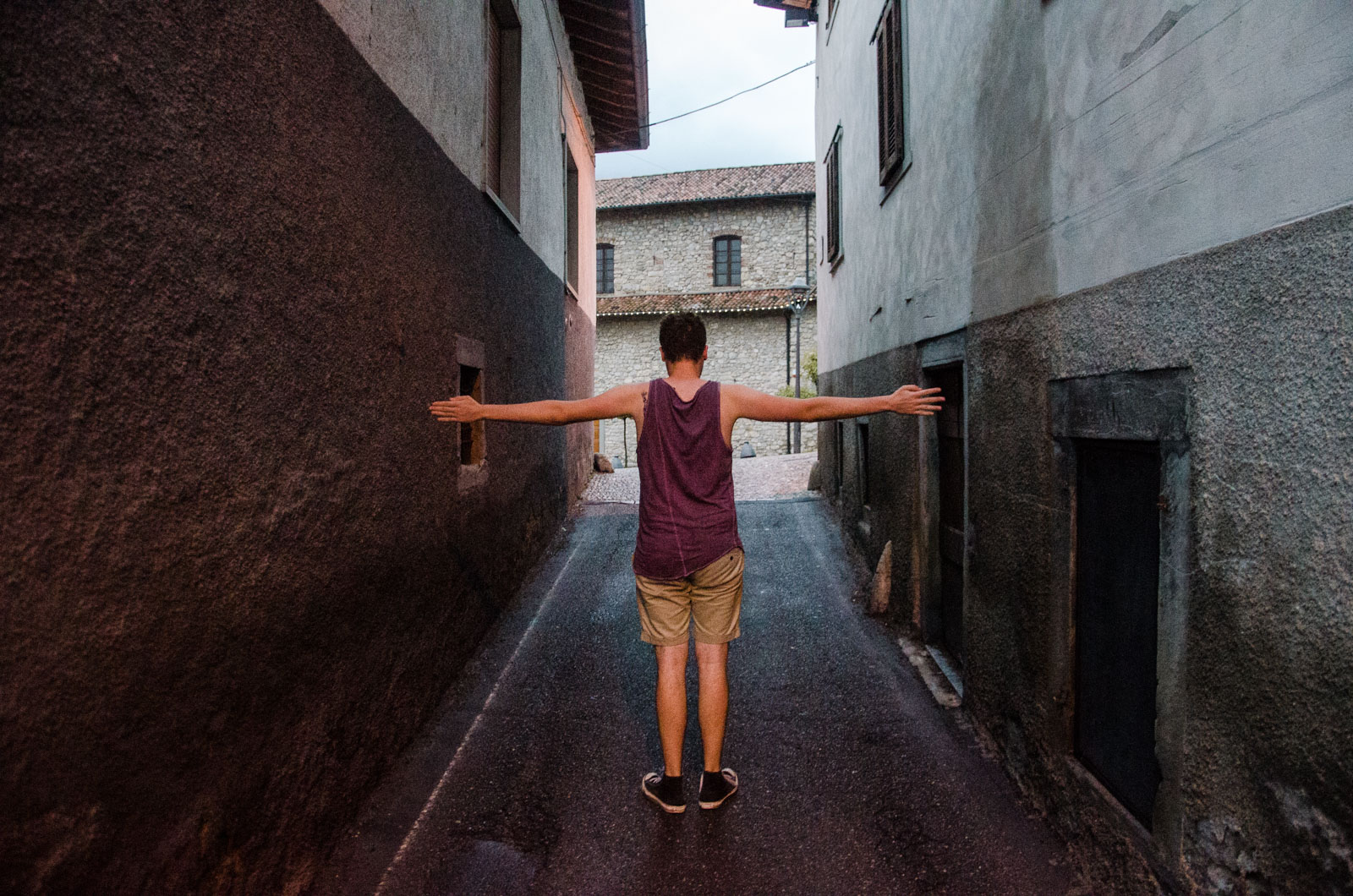 We parked our car at a spot where we would be safe for the night and had some fun with rain throughout the night. When there’s two people sleeping in a car you somehow need to get fresh air in so you open a window. Too bad when there’s rain coming. The next morning we had to get up early again to pack our stuff – and make scrambled eggs on our camping cooker. Lesson learned: not a good idea.

After we where ready for takeoff there was still some time left (our next would be Milano) so we went for a walk. When coming back there was a VW bully standing next to our car and one of the two men walking towards us casually said “servus”. Well, you just revealed yourself as being German 😉 We then shared some gas for their cooker and coffee for us, some stories and tipps and then headed towards Milan.

We were told that Milan isn’t the easiest city for driving so we decided to not take any risk. Instead – thanks to google – we found a place to park our car outside for just 2€ in total and get into the city centre by subway (for another 2€ pP).

Milan itself is ok. Great architecture but waaaaaay too many people. Saw the university, Sforzesco Castle, some other places. Done. 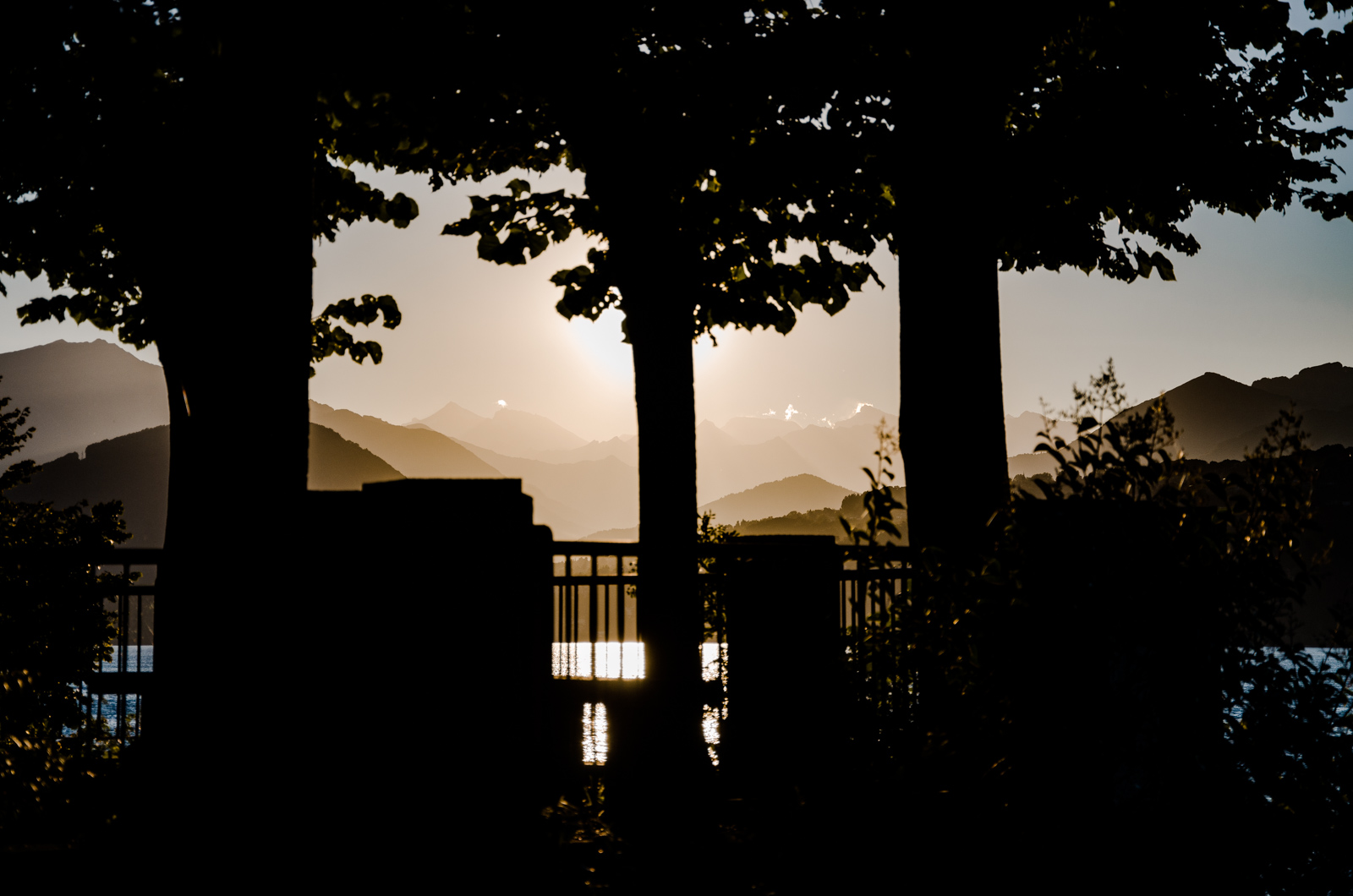 For this night we met a friend who stayed at the Lago Maggiore with her family.  Had some unbelievable great pizza, great conversations and could take a shower (we really needed to).

For our last two days we didn’t plan to much. Seeing the Gotthard for the beginning.

Then we wanted to see Zurich, meet a friend in Basel and finally one in Heidelberg so I asked around Twitter if someone could give us some square meters to sleep at.

Zurich itself is like you would imagine Switzerland: Incredible expensive (to take a train to the city centre and back did cost us more than one night at the hotel in Venice). And I lost my mood for taking a lot of pictures, to be honest there’s only one and that’s a smartphone photo. 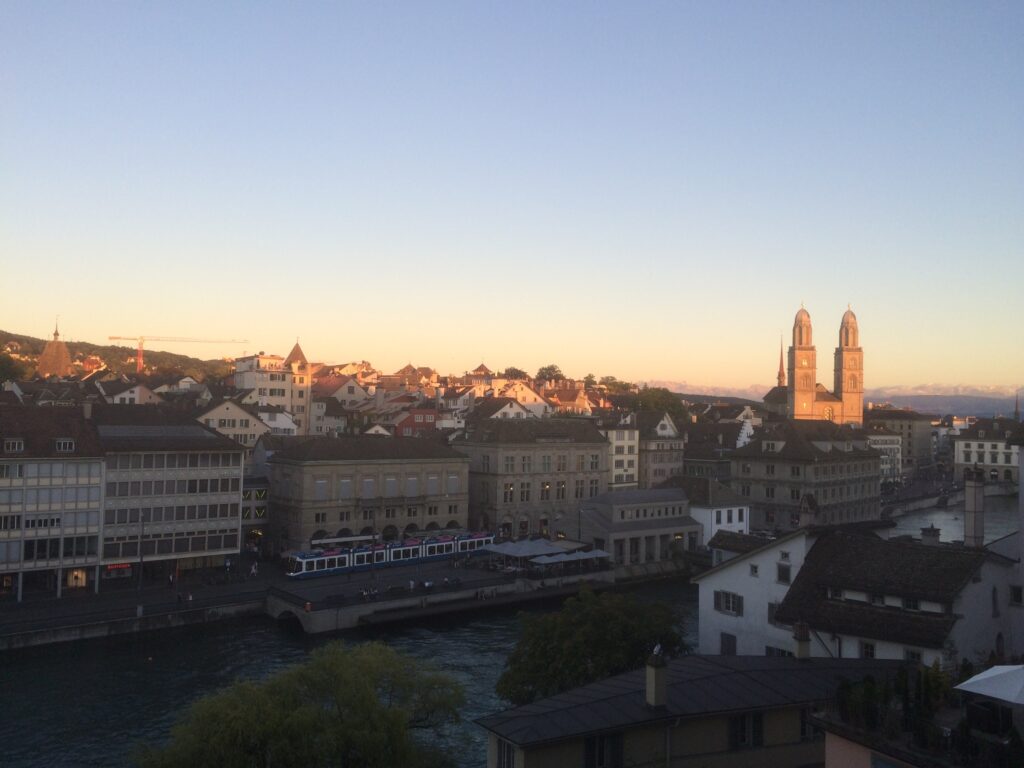 After one night in a storeroom (thanks again, Claudio!) we headed to Basel, meeting another friend there for some hours. And there I really stopped taking pictures for some reason. So nothing more to see than this 😉

And in the end: Heidelberg. Final stop, last night, some drinks to finish our trip appropriately. Did you know that there’s a shot called “Hirn” which translates to “brain” in english? 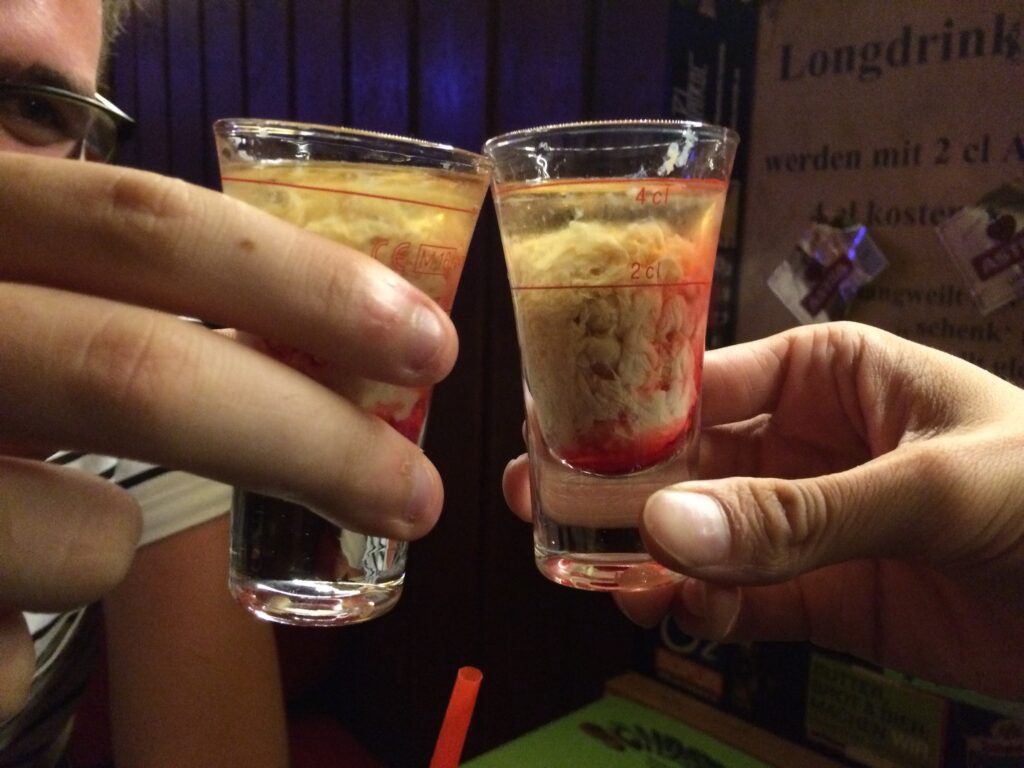 So there we go – it has been soem great days on the street, we met so many kind people that let us sleep at their places for a nigh and saw some great landscapes, cityscapes and more. This whole trip would have been impossible without the help of Google Maps and some reallife help, without sgreat friends that – even though you haven’t had contact for a long time – are happy to see and host you for a night. So I really hope there will be another two weeks, soon, we take a car or train and jut head somewhere. 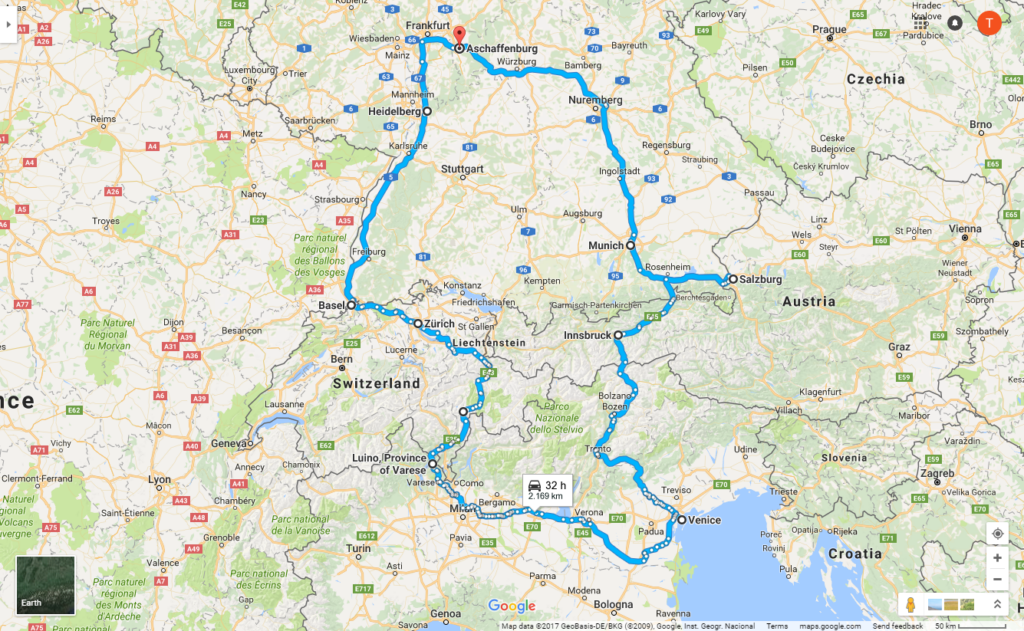 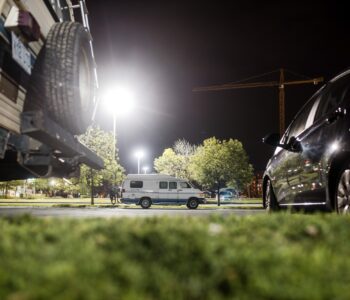 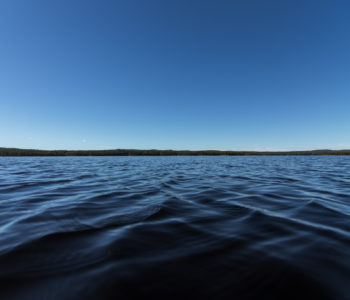 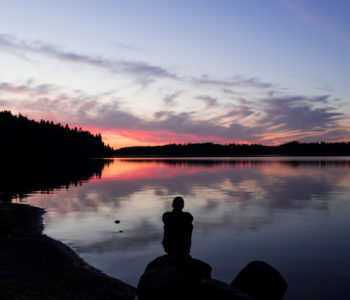